These are largely homegrown phenomena, wherein individual Islamic militant groups emerge and evolve from local concerns, are created and run by locally situated actors, and have an agenda that focuses on the immediate context. Similarly, indications are that these militant groups are more concerned with supplanting presumed corrupt regimes and establishing Islamic rule in the local contexts the militants control than waging a broad global jihad as advocated by AQIM.

As the country collapsed into civil war in the early s, the door was wide open for a range of groups to continually fight one another in a scramble for power and resources. What few observers noticed was that Somalis responded to the violent havoc by flocking to their mosques, finding refuge in religion. This was an important precursor for the gradual politicization of Islam in Somalia. In particular is the legacy of the Sokoto Caliphate—established by Usman dan Fodio after his famous jihad in the early 19th century—and the experience with British colonialism.

The caliphate has on several occasions and in different manners been recognized as a source of pride and a historical reference point for those contesting the secular Nigerian state and arguing for the implementation of Islamic law.

Muslims in the north already had their structures of Islamic teaching and were reluctant to send their children to the new Christian schools. Another important and often overlooked factor is ethnicity. While the MNLA has an explicit ethno-nationalist identity, the other Islamic militant groups in Mali have their own ethnic constituencies, including Sahelian Arabs and Tuareg subclans.

For instance, there are claims that ethnic boundaries are complicating relations between the Malian militants and the Algerian-dominated AQIM. Islamic militancy in Somalia is similarly connected to Somali nationalism, which in turn is related to regional politics.

Blanket labeling of all Islamic movements as militant coupled with unsophisticated and repressive measures risk generating a deeper discontent that could translate into violence. 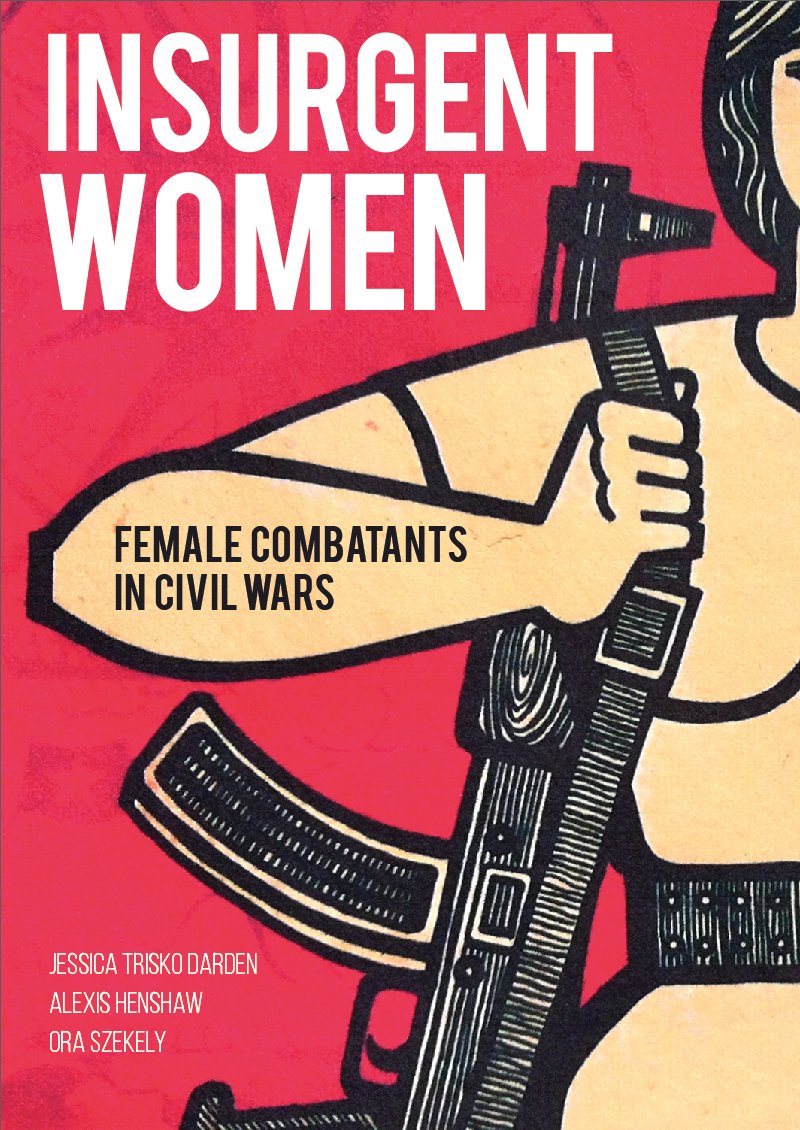 Meanwhile, Western attempts to combat terror have shown little understanding of local dynamics. If movements without any political agenda or any disposition for militant activism are targeted, local support for militancy could easily escalate.

The broad-brush branding of UIC as an Islamic militant threat, leading to the Ethiopian intervention in , was crucial for paving the way for the emergence of al Shabaab and for further radicalizing developments in Somalia. Therefore, responses to Islamic militancy in Somalia, Nigeria, and northern Mali or in other African contexts where the challenge is less advanced should be considered carefully so as not to exacerbate the situation. Tuareg rebels in Mali. Conflicts also tend to take on a life of their own.

Such measures could, at the same time, serve to confirm views on the illegitimacy of the state, adding fuel to an insurgency fire. Recruitment and Growth The emergence of contemporary Islamic movements, both violent and nonviolent, has often been seen as a response to prevailing poverty, unemployment, and socioeconomic deprivation. While economic and social factors clearly are relevant, they remain insufficient for explaining such a complex phenomenon. While such organizations draw many of their members from among the poor, militant messages are typically rejected by the vast majority of the downtrodden.

At the same time, Islamic militants attract some supporters from the middle class and the affluent, including professional organizations and study groups organized at universities. While the rank and file of Islamic militant movements may be socially mixed, a noticeable commonality is the strong presence of youth. This would at the outset fit the thesis of socioeconomic deprivation, as youth constitute the demographic group suffering most from unemployment and bleak economic prospects.

African youth, moreover, are not only marginalized economically, but often alienated from their cultural contexts and burdened by questions of identity and belonging. Both local circumstances and global events are presented as evidence of a world threatening Islam and contradicting the will of God. In addition to being the only option for salvation, membership in Salafi or Islamist movements—whether militant and nonmilitant—also represents a source of empowerment.

These groups may not bring an end to poverty or provide jobs, but they give disgruntled youth an alternative universal model for belonging and for social action in which disillusion is exchanged for dignity and marginalization with meaning. Moreover, the emphasis on purity and morality, coupled with the notion of an exclusive access to the truth, generates attitudes of superiority.

This, in turn, produces rigid boundaries toward those on the opposite side. When such thinking is cultivated in tight-knit groups with strong leaders, the road to militancy and violence can easily be a short one. 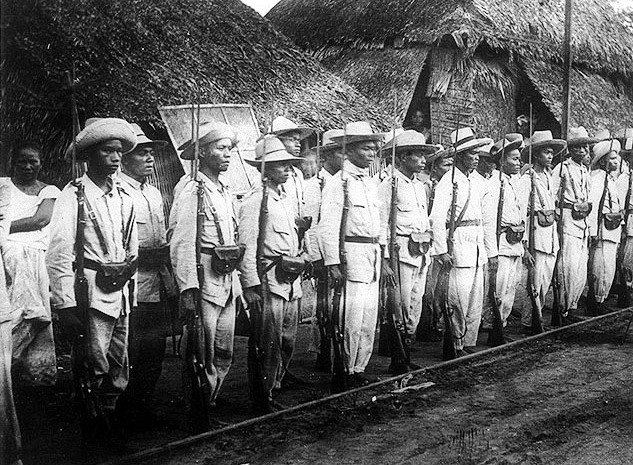 Local contextual factors are also significant for recruitment into Islamic militancy. Al Shabaab, for example, saw a dramatic increase of support during the Ethiopian intervention in When the Ethiopians withdrew, recruitment to al Shabaab plunged. In northern Mali, the intertwining of Islamic militancy and illicit smuggling has produced a complicated mix of incentives. This provides them the operational space in which to implement their radical ideologies. The risk for prolonged insecurity in this region, in turn, may provide a haven for a range of destabilizing elements.

While establishing control over large areas through the use of force may be achievable, it is another matter to manage such areas politically and to provide basic and sustainable services to the population—an important factor in the popular support of groups like Hezbollah and Hamas.

In contrast, al Shabaab has only to a limited degree succeeded in this. The blocking of assistance for a famine-stricken population coupled with bans on smoking, watching TV, and, in particular, consuming khat have produced widespread resistance among the Somali population.

In short, these militants are not operating with a deep base of popular support. In military terms, Islamic militancy in Africa does not constitute a major threat. Al Shabaab possibly commands a few thousand soldiers, Boko Haram may have a few hundred members, while the various militant groups in Mali probably count for less than a thousand each.

However, the level of casualties, suffering, violations of human rights, and potential for escalation of violence make it imperative to address Islamic militancy in all its seriousness.

The pertinent challenge in these advanced contexts is to identify measures that can both restore order in the short term as well as demonstrate sensitivity to local complexities. The overarching objective must be to prevent further radicalization of Muslim populations and to duly address concerns that may have produced militancy in the first place. Better Information Much of the dialogue surrounding the risks posed by Islamic militants is shrouded by highly incomplete information. There is a need to gather in-depth knowledge and credible information on Islamic militant movements and the contexts in which they appear.

This includes information regarding the rhetoric of Islamic militants and the local issues on which they are mobilizing support. This requires drawing on individuals with detailed local knowledge and long-term experience with a given context. It should entail analysis that captures more than the immediate security dimensions but integrates historical, political, economic, and sociocultural perspectives. The goal would be to gain nuanced and differentiated knowledge that identifies the prime instigators of violence and advances a deeper understanding of how militant movements intersect with critical issues pertinent to each given locality.

Grievances borne from under-representation, marginalization, and alienation need to be acknowledged. This attachment remains available in Coop modes. Doubled Gunship and Support Helicopter body health. This will not affect rotor health or other areas of the helicopters.

Added the M99 7x scope to Coop Marksman classes Fire Support Explosive Drones now spawn above the target on which they were called in and fly down, preventing them from getting caught on buildings as they path towards their designated target.

Hardcore Checkpoint Added more Primary ammo for players who respawn. This does not affect player speed, just the speed at which the animation loops. 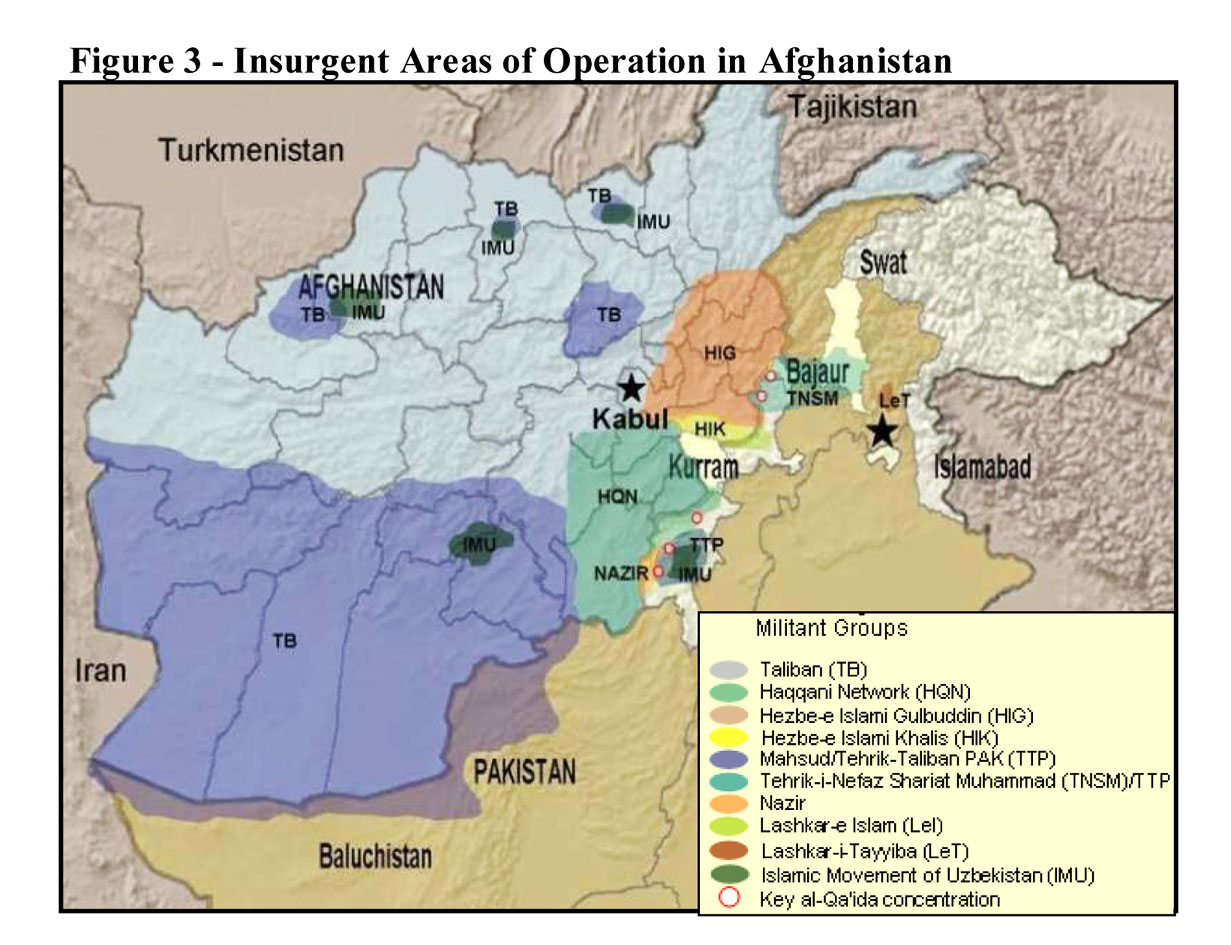 AI Retreating AI enemies will no longer abort the retreat behavior to shoot a close range target. This was causing issues after a counter-attack where an AI enemy would retreat with a spawn zone en route, encounter players, and open fire.

This ensures players have some time to react, as they detonate instantly. Normal frag grenades will still be thrown at targets behind cover. AI enemies with heavier weapons marksman rifles and machine guns will always rush to cover instead of firing en-route.

Ambushing AI enemies will go into sighted mode if they hear a threat coming. AI enemies will take longer to zero in when using marksman rifles and machine guns, and be less accurate.

Improved RPG-7 melee attack animation blending. Levels Outskirts Improved a pillar collision box on Firefight West Objective B area so that throwables can be reliably thrown around a corner and not impact with an invisible wall. Blocked west window in final weapon cache room on Push Insurgents to prevent destruction by rocket.

There is no line of sight from here to the northeast entrance to the objective any longer. Smoothed out player movement in various areas. Fixed not able to capture Objective D while aiming in a specific direction on Security Checkpoint. Fixed Insurgent A spawn partially not restricted on Push Insurgents.

Fixed minor issues throughout the map. Fixed Insurgents A spawn being partially not restricted on Push Insurgents.

Refinery Made several gameplay adjustments across the whole map to improve readability and make it more clear where players are shot from. Unmerged numerous merged actors to take more advantage of automated instancing to improve performance. Created HLOD clusters to improve performance. Moved the insertion vehicle closer to Security starting spawn on Push Security. Added nav modifier for second row of barricades to avoid AI enemies from getting stuck near Checkpoint A Security.

This is a server-side fix which does not require a client reset, but it will require server resets from community servers. Fixed overuse of Molotovs by AI enemies in Frenzy.

Molotov use by AI is meant to primarily prevent players from camping in places unreachable in melee.

However, there was a bug where they were wrongly determining when a player is unreachable, and thus using their Molotovs way too much.

Fixed an issue where Frenzy AI would shift between behaviors sometimes while flanking a target. This hotfix will require downloading a game update. Bug Fixes Potential fix for an issue causing Molotov flames to sometimes be invisible.

Cosmetics Fixed clipping issue with Flight Hands cosmetic on Security. Fixed a number of issues where gas masks would clip into the head. Fixed various clipping issues related to Facewear and Eyewear.In particular is the legacy of the Sokoto Caliphate—established by Usman dan Fodio after his famous jihad in the early 19th century—and the experience with British colonialism. The broad-brush branding of UIC as an Islamic militant threat, leading to the Ethiopian intervention in , was crucial for paving the way for the emergence of al Shabaab and for further radicalizing developments in Somalia.

Fixed an issue where the VHS-2 Extended Magazines upgrade was granting 40 additional rounds instead of Improved the prone deployed crawling animation when transitioning to prone and also moving.

QUINCY from Apple Valley
I love reading novels safely . Look over my other articles. I am highly influenced by sudoku.
>